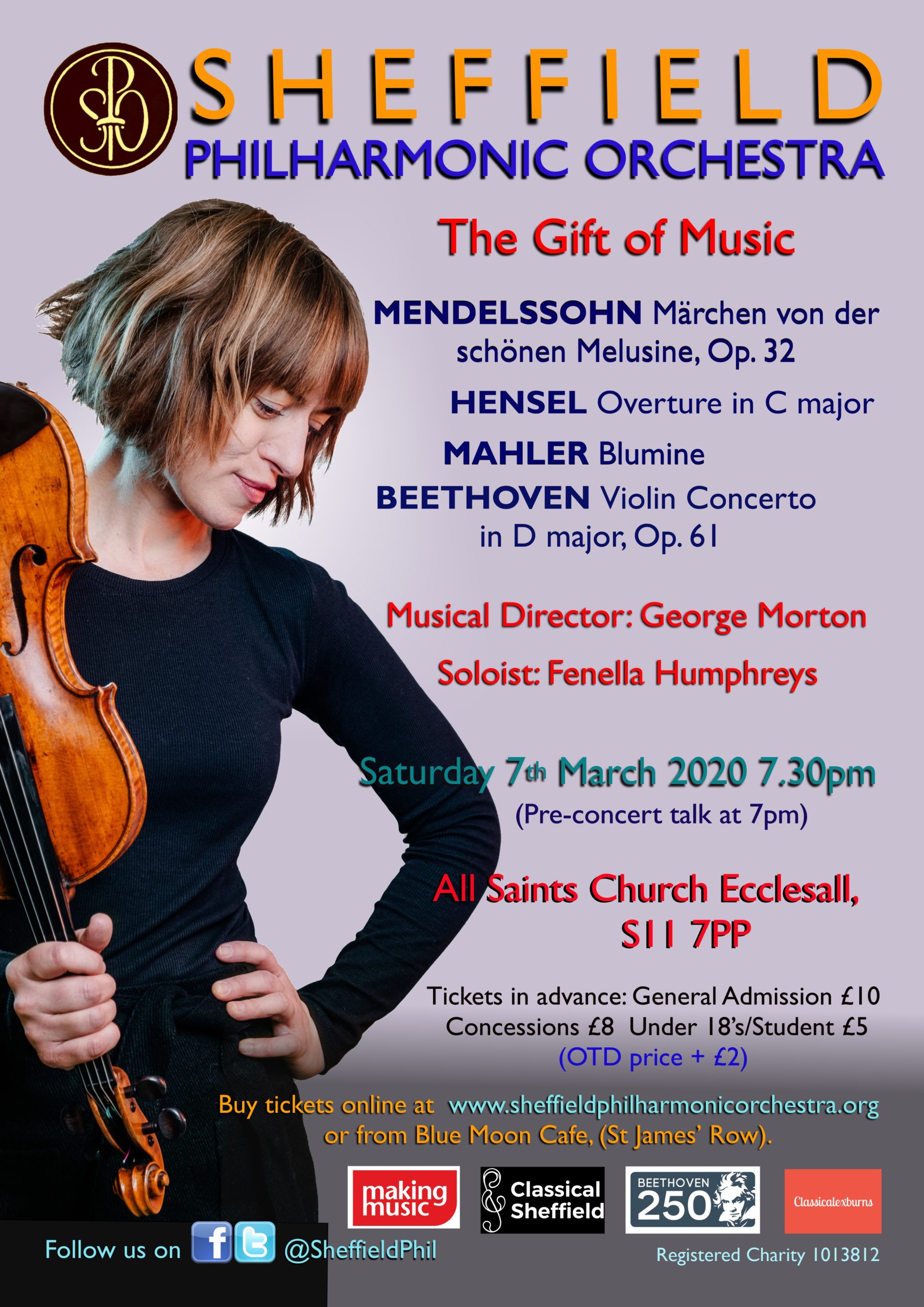 We want our concerts to be accessible to people and so we offer free tickets for Personal Assistants/Carers.  The Victoria Hall is a step free venue and has an accessible toilet.  Assistance dogs are welcome, and we have a zero strobe policy.

If you require a large font programme or have any additional requirements we can help with then please let us know upon purchase of your ticket and we will do our best to accommodate your needs.